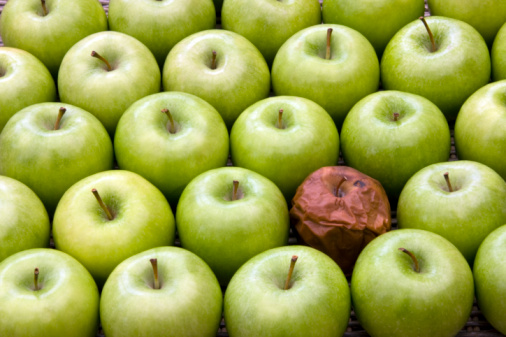 It’s been almost three months since our viral video with Doreen Virtue released on YouTube.

We have heard from hundreds upon hundreds of people from literally all over the globe through social media and emails. A majority of the communication has been extremely encouraging and positive, which has blessed us in so many ways, knowing that God has used us as a mouthpiece of truth to be able to minister to so many people who have been wounded and deceived by the Word of Faith/Prosperity Gospel movement. We are so grateful for all the rich conversations and connections we have made these last few months with our fellow brothers and sisters in Christ across the world.

There have been some mean-spirited and anger-filled comments and emails questioning our motives as well, but honestly, those have been very few and far between.

We did try our best to engage in conversation with those who were upset with our video and our desire to call out a famous (false) Bible teacher and the dangerous teaching that goes along with it all, but we also wanted to address some common complaints that were heard from among the offended.

One of the common issues raised is that we shouldn’t attack Joyce because of all of the good she has done for people in their walk with Christ.

But is there really good to be found in false teaching?

When I (Emily) came back to the Lord in 2008, after living a prodigal life for several years, I listened to Joyce’s podcast and watched her videos on YouTube religiously almost every day. I remember at the end of one of the programs, the announcer was talking about one of their offers for product and rattled off the address to Joyce Meyer Ministries. It was only 45 minutes from my house! I had no idea! I remember telling God: Lord, I know that I don’t know a lot right now as a believer and it’s going to take some time, but one day I will work at that ministry. I would make that faith declaration often for the next four years until it became reality in May 2013.

Looking back, I can say that perhaps it may appear that some of Joyce’s teachings helped me on my walk with God as an immature believer simply because not all of her teaching is heretical. There is some truth to be found in what she teaches.

Yet, even if some fruit of her ministry looks, sounds, and tastes good doesn’t mean her ministry as a whole is good for the Christian diet; We must look at the root of her teaching.

At the root, we will find the fruit produced from false teaching will inevitably be bad because bad trees do not produce good fruit. The fruit of false teaching will not nourish one’s soul or renew one’s mind in the long-run because even a little error mixed in with a lot of truth will leave you starving and lead you astray in the end caught up in the thorns and briars of deception.

Jesus warns us about false teachers in Matthew 7:

15 “Beware of false prophets, who come to you in sheep’s clothing but inwardly are ravenous wolves. 16 You will recognize them by their fruits. Are grapes gathered from thornbushes, or figs from thistles? 17 So, every healthy tree bears good fruit, but the diseased tree bears bad fruit. 18 A healthy tree cannot bear bad fruit, nor can a diseased tree bear good fruit. 19 Every tree that does not bear good fruit is cut down and thrown into the fire. 20 Thus you will recognize them by their fruits”

That is why deception from false teaching is so dangerous. It can go unnoticed if one is not constantly studying the Word of God (IN CONTEXT!). Being a Biblically illiterate Christian opens oneself up to an attitude of “well, that sounds Biblical…look, there is the verse in black and white!” But that verse is most likely being twisted and taken out of context to fit the agenda of the teacher. Always remember, friends, context is king!

Even if you begin to notice error (especially when it comes to essentials of the faith that begins to push the boundaries of orthodoxy), you have to resist the temptation to remain loyal to your favorite teacher because of that good you may find or experience in your own life (remember, it is God who causes the growth in a person, not a teacher who is merely sowing and watering). “Eat the meat and spit out the bones” is usually what comes to mind with this temptation to remain listening to teachers who walk in error. God’s Holy Word is not a chicken wing!

This mentality is not Biblical whatsoever.

Soon that error will begin to distort the truth you may already know. Deception is often progressive.

We are not to tolerate error or dance around it; we are called to mark and avoid false teachers because their teaching is what causes division in the Body of Christ.

17 Now I urge you, brethren, note those who cause divisions and offenses, contrary to the doctrine which you learned, and avoid them. 18 For those who are such do not serve our Lord [a]Jesus Christ, but their own belly, and by smooth words and flattering speech deceive the hearts of the simple.

False teaching is a sticky trap for the undiscerning; It is subtle because it is often masked in truth and its teachers look like sheep, so we let our guard down. But Jesus is very clear. False teachers are not innocent sheep, for at the core, they are “ravenous wolves” and their teaching lead sheep away from the Good Shepherd, not closer to Him, because most often, the teaching is very man-centered in nature, as we see in the WOF/Prosperity Gospel/NAR movements.

Take a look at how Peter describes false teachers and prophets (this is very sobering):

“But false prophets also arose among the people, just as there will also be false teachers among you, who will secretly introduce destructive heresies, even denying the Master who bought them, bringing swift destruction upon themselves. 2 Many will follow their sensuality, and because of them the way of the truth will be maligned; 3 and in their greed they will exploit you with false words; their judgment from long ago is not idle, and their destruction is not asleep.

4 For if God did not spare angels when they sinned, but cast them into hell and committed them to pits of darkness, reserved for judgment; 5 and did not spare the ancient world, but preserved Noah, a [a]preacher of righteousness, with seven others, when He brought a flood upon the world of the ungodly; 6 and if He condemned the cities of Sodom and Gomorrah to destruction by reducing them to ashes, having made them an example to those who would live ungodly lives thereafter; 7 and if He rescued righteous Lot, oppressed by the sensual conduct of unprincipled men 8 (for by what he saw and heard that righteous man, while living among them, felt his righteous soul tormented day after day by their lawless deeds), 9 then the Lord knows how to rescue the godly from [b]temptation, and to keep the unrighteous under punishment for the day of judgment, 10 and especially those who [c]indulge the flesh in its corrupt desires and despise authority.Daring, self-willed, they do not tremble when they revile angelic [d]majesties,11 whereas angels who are greater in might and power do not bring a reviling judgment against them before the Lord. 12 But these, like unreasoning animals, born as creatures of instinct to be captured and killed, reviling where they have no knowledge, will in [e]the destruction of those creatures also be destroyed,13 suffering wrong as the wages of doing wrong. They count it a pleasure to revel in the daytime. They are stains and blemishes, reveling in their [f]deceptions, as they carouse with you, 14 having eyes full of adultery that never cease from sin, enticing unstable souls, having a heart trained in greed, accursed children;15 forsaking the right way, they have gone astray, having followed the way of Balaam, the son of Beor, who loved the wages of unrighteousness; 16 but he received a rebuke for his own transgression, for a mute donkey, speaking with a voice of a man, restrained the madness of the prophet.

17 These are springs without water and mists driven by a storm, for whom the [g]black darkness has been reserved. 18 For speaking out arrogant words of vanity they entice by fleshly desires, by sensuality, those who barely escape from the ones who live in error, 19 promising them freedom while they themselves are slaves of corruption; for by what a man is overcome, by this he is enslaved. 20 For if, after they have escaped the defilements of the world by the knowledge of the Lord and Savior Jesus Christ, they are again entangled in them and are overcome, the last state has become worse for them than the first. 21 For it would be better for them not to have known the way of righteousness, than having known it, to turn away from the holy commandment handed on to them. 22 [h]It has happened to them according to the true proverb, “A dog returns to its own vomit,” and, “A sow, after washing, returns to wallowing in the mire.”

When Paul gave his resignation at Joyce Meyer Ministries, he presented a document he wrote as to why Joyce’s teachings are full of error. You can view that document here so you can understand why we have grounds to call Joyce a false teacher.

The very end of the manifesto truly reveals the heart behind why we feel called to not only warn people about Joyce Meyer, but many other teachers in the Word of Faith movement that she endorses and is connected to.

“Lastly, it is my deep conviction that Holy Scripture is being misrepresented by Joyce Meyer as well as Joel Osteen, John Gray, Steven Furtick, Ed Young, Beth Moore, Christine Caine, and many other Word of Faith teachers that Joyce associates with and endorses. I wish no ill towards Joyce Meyer nor anyone at Joyce Meyer Ministries. I do, however, pray that people will begin to read and study the Bible in context and that Joyce would repent for misrepresenting the Holy eternal Word of God for 40+ years.”

Our issues are not concerning Joyce as a person; our issues are with the theology she endorses and teaches and has for decades.

We pray you hear our hearts in all of this, friends. This isn’t a vendetta against Joyce (or any of the teachers in the WOF/Prosperity Gospel/NAR movements); it is not about a smear campaign to defame her/their name or tear her/them down. We know she/they is/are made in God’s image and deserve(s) respect. In that, we pray God would open these teachers’ eyes to the deception they are under and that He would grant them repentance for twisting His Holy written Word that has lead millions of sheep astray before it is too late for them.

We humbly ask that you would pray for us as we move forward in ministering to those who have been caught in the trap of deception of these dangerous movements and are in need of healing and guidance as well as ministering to those whose eyes are currently blinded by lies. May God be glorified in and through everything we say and do.

30 thoughts on “Is there really good to be found in false teaching?” 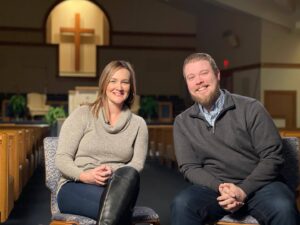