You want to know what it looks like for a nation to be starved of the true Gospel of Jesus Christ for decades?

We are witnessing it right now in America. 💔

So much hatred and violence toward fellow man. So much strife and division in our land. Stone cold and bitter hearts towards anyone who is different than us.

Signs and wonders and physical healing?

Working and striving in good works and obedience to earn forgiveness and get to heaven?

None of that is the answer!

Adding to the message of the cross and the forgiveness, redemption, and justification before a Holy and righteous God through faith alone in Christ alone makes it “another gospel!”

Foolish, America! Who has bewitched you??

LORD, have mercy on us! Stir our hearts to forsake “the American gospel” and preach Your truth once again on this soil! 🙏🏻

“Now I make known to you, brethren, THE GOSPEL which I preached to you, which also you received, in which also you stand, BY WHICH YOU ARE SAVED, if you hold fast the word which I preached to you, unless you believed in vain. For I delivered to you as of first importance what I also received, that CHRIST DIED FOR OUR SINS according to the Scriptures, and that He was buried, and that He was raised on the third day according to the Scriptures,”

The supreme demonstration of God’s provision for sinful humanity is seen in the death and resurrection of Jesus.

Such internal transformation through the work of the Holy Spirit results in a new life conforming to Christ’s character. Once a person believes the Gospel and trusts in Christ for their righteousness, the Spirit is given by God to indwell and empower the Christian to reflect more closely the character of our Savior (Galatians 5:22–23).

Human effort will not transform the heart of the sinner.

Only God can change a hard heart of stone and make it a heart of flesh and that, my friends, is only done through the power found in acknowledging their need of a Savior from their wretched sin and believing the Gospel that truly saves!

Jesus, give us the boldness to proclaim it! 🙏🏻

“For while we were still helpless, at the right time Christ died for the ungodly. For one will hardly die for a righteous man; though perhaps for the good man someone would dare even to die. But God demonstrates His own love toward us, in that while we were yet sinners, Christ died for us. Much more then, having now been justified by His blood, we shall be saved from the wrath of God through Him. For if while we were enemies we were reconciled to God through the death of His Son, much more, having been reconciled, we shall be saved by His life. And not only this, but we also exult in God through our Lord Jesus Christ, through whom we have now received the reconciliation.”

“For there is no distinction between Jew and Greek; for the same Lord is Lord of all, abounding in riches for all who call on Him; for “WHOEVER WILL CALL ON THE NAME OF THE LORD WILL BE SAVED.” How then will they call on Him in whom they have not believed? How will they believe in Him whom they have not heard? And how will they hear without a preacher? How will they preach unless they are sent? Just as it is written, “HOW BEAUTIFUL ARE THE FEET OF THOSE WHO BRING GOOD NEWS OF GOOD THINGS!””

7 thoughts on “Forsaking “The American Gospel”” 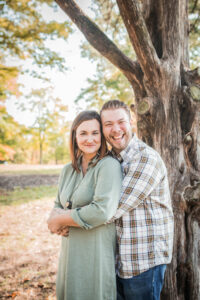